Who gets it: Retailers and Manufacturers

What is it: Ability to select whether specific parts in the proposal version should be assembled or knockdown. 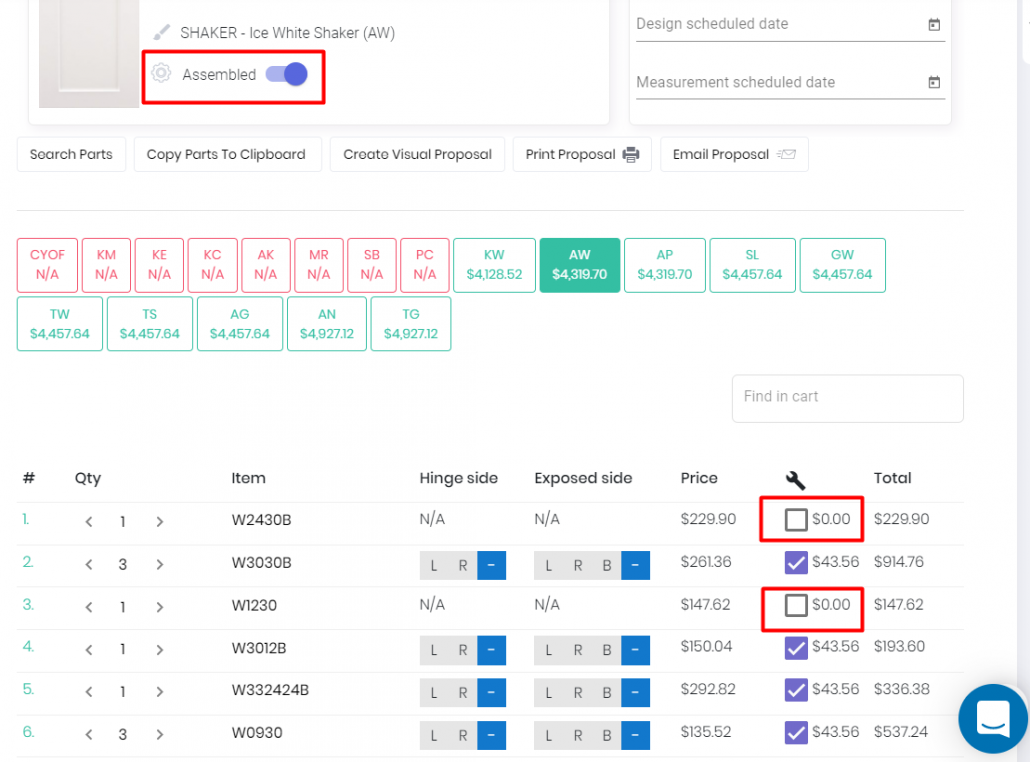 Why it matters: Up until now, all parts in the proposal version had to be either assembled or knockdown. Now, it is possible to select whether a part should be assembled at the part level if needed.

How it works: In the assembly cost column, there is a checkbox that can be used to toggle the part assembly.